Romero Records is very happy to announce the brand new single for The Tango Saloon, ‘Don’t Close Your Eyes’ featuring vocalist Elana Stone. This is the second single to be released ahead of the band’s forthcoming fourth album, following on from last year’s ‘In Black And White’ (and its stunning video clip directed by Julian Shaw).

Romero Records is very happy to announce the release of Volume 3 of Julian Curwin’s The Mango Balloon series. Developed in 2010 as a stripped-back version of The Tango Saloon, the smaller band has quickly taken on a life of its own.

Each recording has a special guest bringing their personality to the music, and on Volume 3 that guest is Shenzo Gregorio, best known for playing ‘stunt violin’ in his project Shenzo’s Electric Stunt Orchestra (essentially, he flies!). With The Mango Balloon, Shenzo plays viola, and keeps his feet firmly on the ground, though still manages to bring plenty of fireworks to the occasion.

Hear a preview of a few tracks.

The Mango Balloon Volume 3 will be released very soon, but in the meantime here’s a little bonus track from the ‘Mango Balloon 2 Sessions’ featuring Brian Campeau. 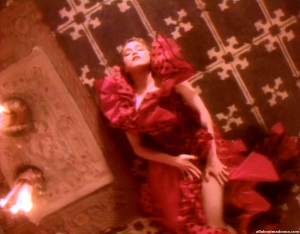 Romero Records is very happy to announce the release of ‘In Black And White: Remixed’, two reworkings of the recent single by The Tango Saloon with vocalist Elana Stone. Tales In Space gives the song an ambient groovy quality reminiscent of Amy Winehouse, while Hermitude’s Luke Dubs goes for a more minimalist spooky jungle feel.

‘Remixed’ will be digitally released via Bandcamp on September 9, in the meantime please feel free to check out the ‘Luke Dubs Psychedelic Remix’ here.

The Tango Saloon’s launch for the ‘In Black And White’ video has received an amazing review from John Shand for The Sydney Morning Herald! Some highlights:

“This, quite simply, is one of Australia’s best bands and yet as superb as the eight players and singer are, Julian Curwin’s brilliant compositions are the ultimate stars.

“Put this band on any stage anywhere in the world and the audience will be engrossed as well as amused.”

The official launch of ‘In Black And White’ is May 17 at FBi Social (Level 2, 244-248 William St Kings Cross). We’ve got the single’s special guest Elana Stone joining us, and we’ll be supported by La Tarantella and Little Fox.

More info and presales here, details and a sneak preview of the single here.

The Tango Saloon’s brand new single ‘In Black And White’ (featuring vocalist Elana Stone) will be released in April through Romero Records, and launched May 17 at FBI Social @ Kings Cross Hotel. With support from Little Fox and La Tarantella.

The clown’s mask is inverted more often, and as a consequence Julian Curwin’s Mango Balloon project flies even higher on this second album. Singer Brian Campeau joins on four tracks, including the stunningly fragile and stark Dancing On My Own Grave and the bewitching Sleepwalker. Elsewhere, Curwin’s love of juxtaposing the eerie and the dramatic with the plain goofy is hard at work. Attractive melodies materialise and dematerialise, and sounds flutter and float in the guitarist-composer’s delightfully genre-free approach. His sextet is a little chamber orchestra capable of realising a breadth of sonic options with precision, humour, passion and understatement. Sydney would be a duller place without Julian Curwin.

The Mango Balloon is now up on Triple J Unearthed with single ‘Dancing On My Own Grave’ – please feel free to play it, comment, etc and maybe we can get this thing onto the airwaves!